Munchkin was born in the third week of March, 1995. They estimated that she was born on the 27th, based on analyses I'll describe in a moment. She was born to a feral mom, and concerned citizens brought mom and her litter to the "pound," where they were put in a cage.

Meanwhile, in another part of town, I had decided that I wanted to adopt two kittens. ( Collapse ) 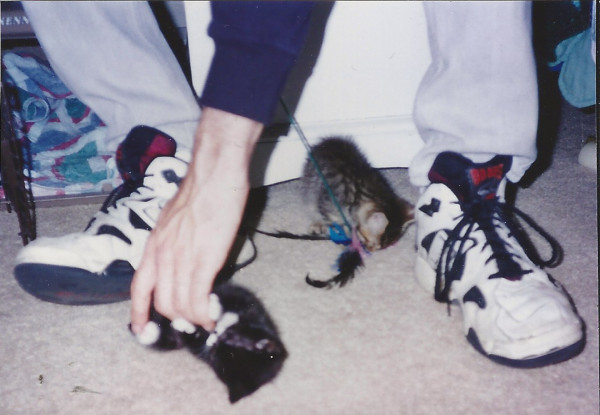 When she first came to live with me, Munchkin was extremely small. I figured this was due to her being the runt of her litter, as I'd been told the story about her being saved from early euthanasia at the pound. She literally weighed half as much as Cobweb, despite their being the same age. But within 3 weeks of their adoption, Munchkin weighed almost exactly the same as Cobweb, so I began to suspect that her diminutive size when I got her had perhaps been partially due to her "interloper" role in her adopted litter, that perhaps the other kittens were already bigger and stronger when she arrived, and so perhaps she had difficulty getting enough milk/food. At my house, I put out plenty of food for two kittens, and she had less competition, and so she grew amazingly quickly. I felt a little sad that she'd apparently been a bit deprived before, especially after having such a traumatic few days of life. I was determined to give her a better, more comfortable life with me.

The strangest thing about Munchkin, though, was her obsession with plastic. Seriously. It was an intense lifelong passion, and it dramatically affected our lives. She particularly loved crinkly kinds of plastic: Pop Tart wrappers, grocery bags, any kind of tape (but especially packing tape), cellophane from our unwrapping any new product (even just packages of toilet paper), etc. She could smell it, no matter where we put it, and if we didn't somehow prevent her from doing so, she would grab it in her mouth and race away with it, so that she could chew on it, slobber on it, leave sharp little teeth marks in it, and possibly swallow some. Our shower curtain had dozens of tiny cat chew marks on one of the bottom corners. We learned to keep strong lids on trash cans, because if there was any way at all, and any plastic anywhere inside, Munchkin would somehow get her head into the can and pull out plastic, even if it had been hidden under other garbage. It was an uncanny ability. The police sometimes use cadaver dogs to find dead bodies, and other dogs to sniff out explosives, but if anyone had ever needed to locate plastic, Munchkin would have been the best possible searcher. 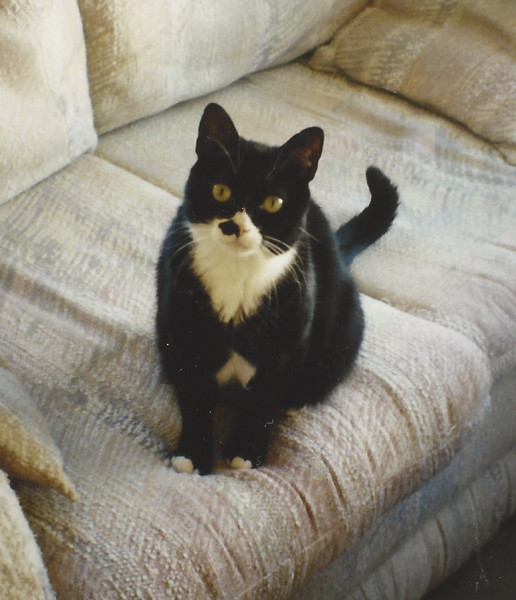 Munchkin was very distinctive-looking, with huge round eyes that sort of stared and bugged, as well as marking on her face that I always thought of as a Hitler mustache that had been knocked askew. She also had tremendously long fangs like a sabertooth tiger, though as far as I know she never bit anyone but Cobweb (and then not violently). A mutual friend of Shannon's and mine, Eric, once told me that Munchkin was the ugliest cat he'd ever seen. I covered her ears and chastised him, saying that he was going to give her a complex. (I did the same thing to Cobweb when, at certain times in her life, people said she was fat.) Those who loved her, though, thought she was cute, like I did. Her buggy eyes were sometimes a bit disconcerting, as I rarely in her entire life saw her blink, and some found that trait disturbing, but I used to joke that she could win a staring contest against anyone -- human or animal -- on this or any other planet.

She was a funny, quirky, needy, mentally challenged cat, but I loved her tremendously and I'll miss her, and her stripey sister, for all my days. 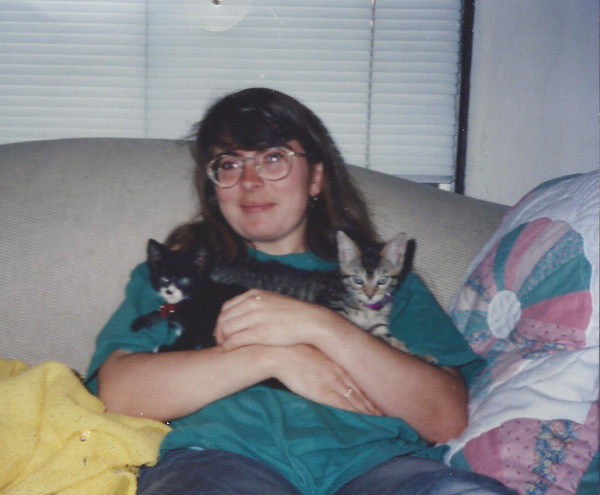 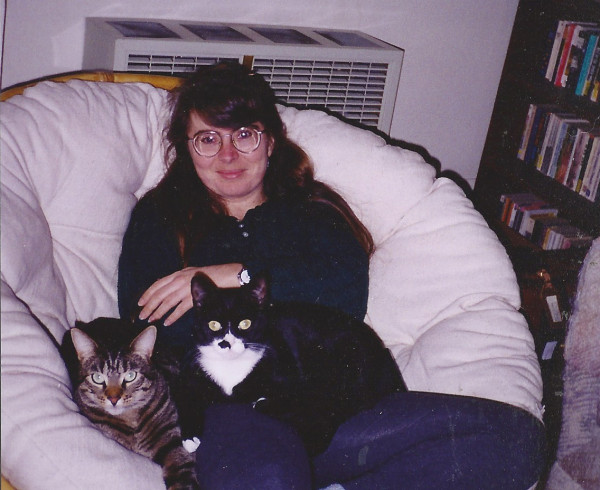 This day is called the Feast of Crispian.
He that outlives this day and comes safe home
Will stand a-tiptoe when this day is named
And rouse him at the name of Crispian.
He that shall see this day and live t' old age
Will yearly on the vigil feast his neighbours
And say, "Tomorrow is Saint Crispian."
Then will he strip his sleeve and show his scars
And say, "These wounds I had on Crispin's day."
Old men forget; yet all shall be forgot,
But he'll remember, with advantages
What feats he did that day. Then shall our names,
Familiar in his mouth as household words —
Harry the King, Bedford and Exeter,
Warwick and Talbot, Salisbury and Gloucester —
Be in their flowing cups freshly remembered.
This story shall the good man teach his son,
And Crispin Crispian shall ne'er go by
From this day to the ending of the world,
But we in it shall be remembered,
We few, we happy few, we band of brothers.
For he today that sheds his blood with me
Shall be my brother; be he ne'er so vile,
This day shall gentle his condition.
And gentlemen in England now abed
Shall think themselves accursed they were not here,
And hold their manhoods cheap whiles any speaks
That fought with us upon Saint Crispin's Day.